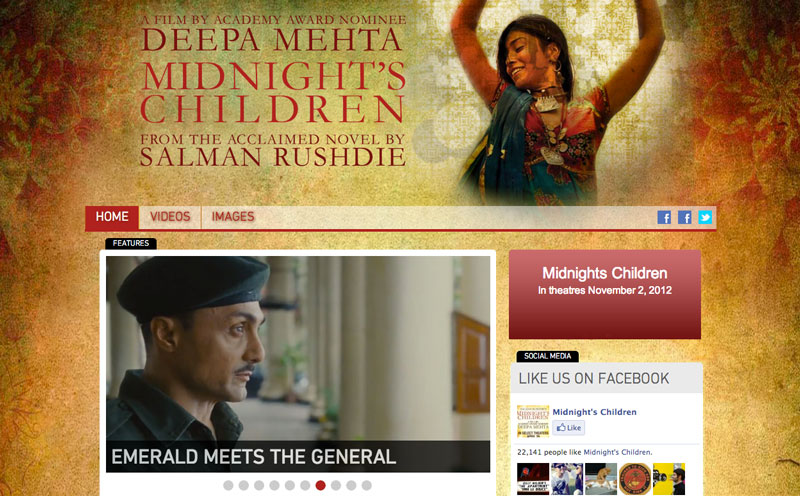 Deepa Mehta’s latest critically acclaimed film, adapted from the Salman Rushdie novel of the same name was debuting at the Toronto International Film Festival in September 2012.

Our team was charged with adding a complimentary web portal on the CBC system with minimal preparation or turnaround time. In less than 2 weeks the Media Innovation team was able to deliver a responsively designed micro-site on the CBC CMS platform which housed promotional material including Videos, Interviews with the director and cast, high resolution images and social feeds.