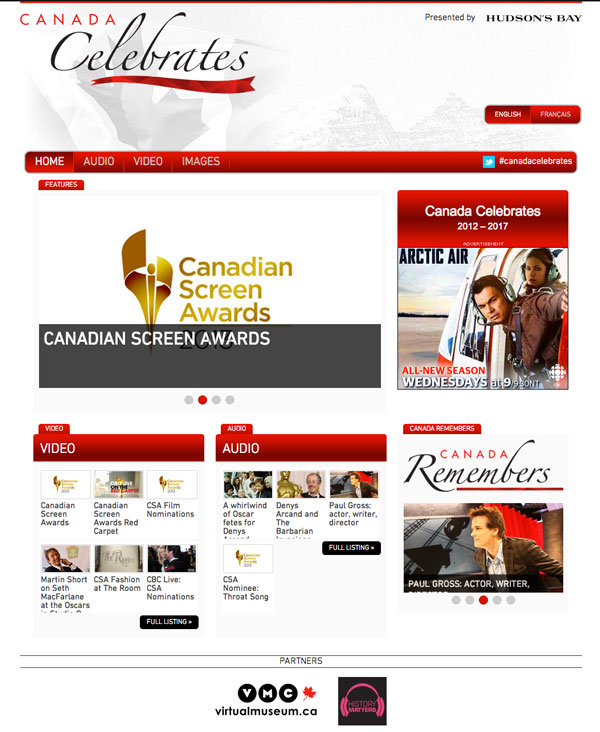 Uniquely positioned as the Canadian public broadcaster, CBC wanted to leverage their wide distribution channels to commemorate these eventful years with a fully responsive micro site which would highlight and scale with each special event.

In cooperation with the Canadian Heritage Information Network with support from Hudson’s Bay Company, the Media Innovation team delivered a cross-platform micro-site employing ESI device technology for a consistent UI on a range of devices.  Featuring event-topical video, audio and images relating to the celebration or anniversary of note.